The Short, Inventive History of No-Code and the Long Future Ahead 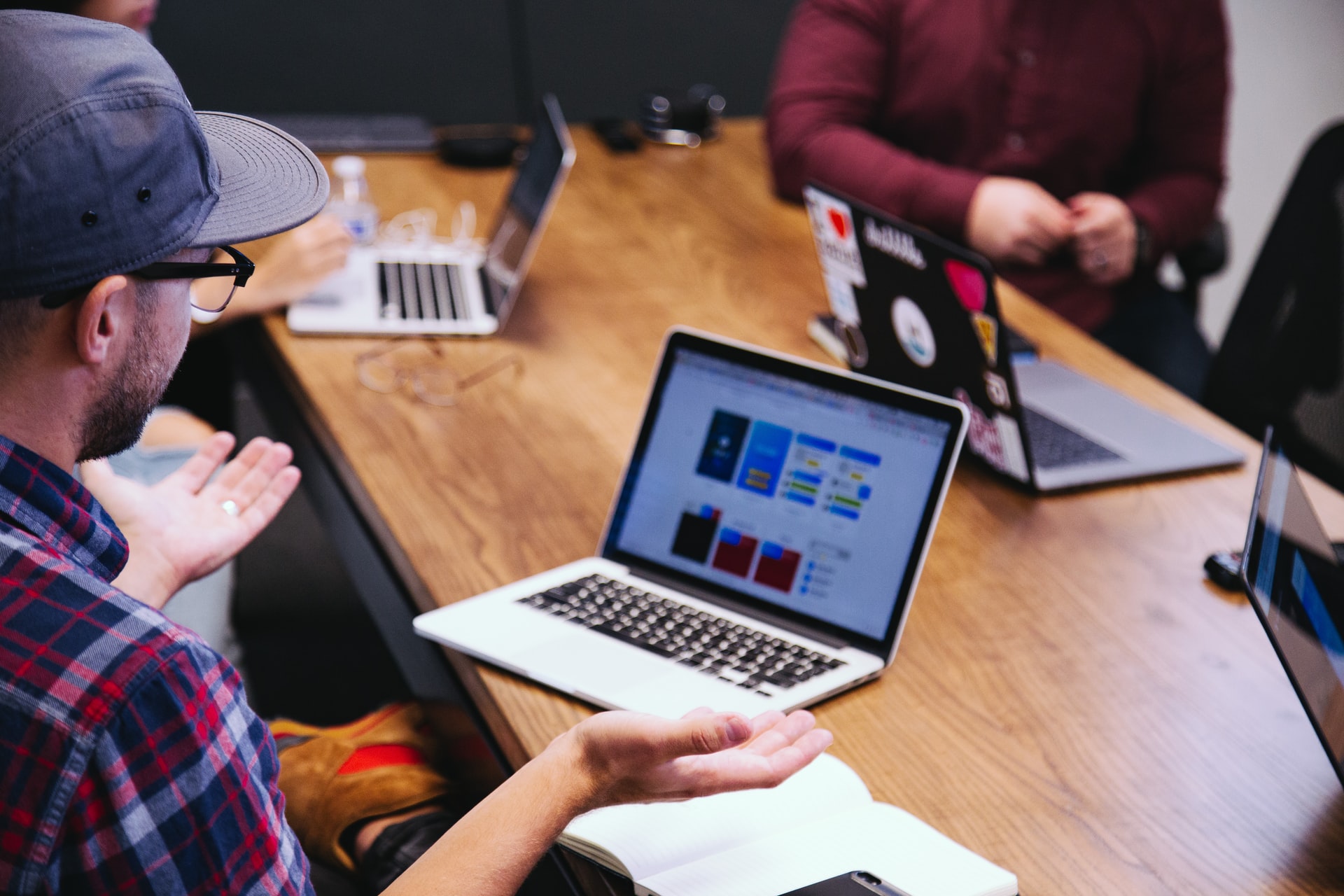 Exploring the amazing history of no-code and what's ahead.

The term “no-code” is polarizing. It’s a buzzword that many coders roll their eyes at. It can be a marketing technique (although we proved why it’s more than that). No code is also accompanied by an expanding community of builders, early adopters, and experimenters who want to do all the things like scale and compete.

Whatever you think no-code is, one thing is for certain: no-code answers a lot of problems.

For small to medium businesses, it’s a lifeline where they can do amazing things with limited resources. For established businesses, no-code is a mental block that requires tech stack experimentation and dives into the realm of self-learning systems.

Obviously AI didn’t just appear out of nowhere. There is a roadmap of how tech evolved from coding to low-code to no-code.

Here is a short inventive history of no-code and the future we’re building.

Let’s Go Back to the Very Beginning

Thou shall not forget where they came from. We acknowledge our coding history while looking to improve it.

1840: The lore is Lady Ada Lovelace created the first algorithm almost 200 years ago for Charles Babbage’s “Analytical Engine, which would be made of metal gears and able to execute if/then commands and store information in memory.” Her code meant to calculate the Bernoulli sequence of numbers. Although Lovelace would never see her code executed, dying at 36, she is believed to be the first “coder.”‍

1940: Fast forwarding to the 1940s, the first programmable digital computer—the Electronic Numerical Integrator and Computer—came under development. In the years of building this massive 30-ton computer, the role of the programmer began to shape. During this time it was discovered a programmer’s primary responsibility was to find and fix bugs.

1955: After WWII, coding jobs began spreading and a program was created that lets users compile programming languages that closely resembled English. A coder would write English-like code and a “compiler” would turn the code into binary so the computer could understand the code. Grace Hopper invented the first programming language for nontechnical business users: FLOW-MATIC. This was the first hint of the future of no-code.

According to Slate Magazine, “Some scoffed at the idea, but by the early 1950s [Hopper] had devised a compiler—a set of instructions that converts a more intelligible kind of code to the lower-level code directly processed by the machine.”‍

1960: Next came COBOL, according to AmericanHistory.edu, COBOL was “a Common, Business-Oriented Language. Programs written in COBOL could run on more than one manufacturer’s computer. In a 1960 test, the same COBOL programs ran successfully on two computers built by different manufacturers.”

It’s funny coding languages were initially developed for non-technical business users like no-code and low-code were.

1972: The language “C” entered the game and morphed into C++, C#, etc. These coding languages are still used today by large companies like Google, Adobe, and Microsoft. In the 90s, more coding languages emerged with the invention of the internet. PHP, Python, HTML, JavaScript, SQL broke through to develop websites, social media, streaming, phone apps, and data analytics. The role of the coder expanded and siloed into specific coding functions as coding jobs exploded and became more competitive in the late 20th century.

For nearly 50 years coding ruled the land and tech products advanced exponentially with the power of great code. It wasn't until the 2010s until "low-code" was established.

2014: Forrester came up with the term “low code.” Their definition said:

“Low-code platforms enable rapid delivery of business applications with a minimum of hand-coding and minimal upfront investment in setup, training, and deployment”

Think of low code and no code like a reaction to the rise of coding. Right away, no code and low code fixed some of the problems of coding and creating with agility.

Instead of writing tons of code, users can now use visual programming and drag-and-drop features. This totally democratizes technology and puts it out of the hands of a few coders.

Big names like WordPress and Squarespace allowed anyone to build websites regardless of background. This was incredibly useful for freelancers and SMBs looking to get started with a site. The same usefulness soon translated to other spaces like email builders, design and prototyping tools, and alas AI. Now Webflow, Figma, Notion, and Airtable advance the no-code space and are essential for starting businesses as they allow founders to move with agility.

2018: Looking at Obviously AI, we were founded after Nirman (CEO and Co-Founder) was the only machine learning programmer in a startup. After being asked predictive analytics questions by non-technical teams, he was unable to focus on high-priority tasks. This is where no-code machine learning comes in. With no-code we were able to simplify the long complicated ML process to 3 steps, democratizing ML for SMBs.

The Difference Between Low Code and No Code

We thought we'd add this in this post because it's a question we're often asked by users looking to explore no-code options. We simplified it the best we could.

No Code: Accessible to any business user. The only learning curve is the tool onboarding and how to use the tool in your tech stack.

Low Code: Accessible to any user with limited coding knowledge. For example we're a no-code tool, but offer a low-code API where you can integrate data predictions into your app with one-line of code. Our low-code API is slightly more technical and easy to implement with programming knowledge.

Looking Towards the Future of No Code

So we acknowledged our past and we will use what we know to build a better future.

The most important thing no-code tools do is democratize technology. We don’t take “democratize” lightly. What we’re envisioning is making data science effortless for everyone. Packed in that sentence is a more inclusive AI space that minimizes the skills gap and puts the superpower of AI into the hands of everyone.

One of the challenges we face is suspending the AI space’s beliefs of what they think is possible with no-code machine learning and unleashing creativity and inspiration of what is actually possible.

We know other no-code tools share the same sentiment and we hope 5-10 years down the road, we can say we have taken a big step forward to democratization.

Here you can see the no-code leaders in their respective space and explore just how big no-code has gotten in the recent years.

If this post hasn’t convinced you to experiment with no-code, read this with the reasons to master no-code machine learning.

We know no-code has a long future ahead and are extremely excited to share it with you!

Curious about the state of machine learning in 2022? Look no further.

AI is more attainable that you think. To figure out if you’re ready or not, ask yourself one simple question.

How Much Does it Cost to Build a Data Science Team?

Building out a high performance data science team with extensive data literacy skills is a hefty investment. And many businesses struggle to find and develop seasoned data science talent.